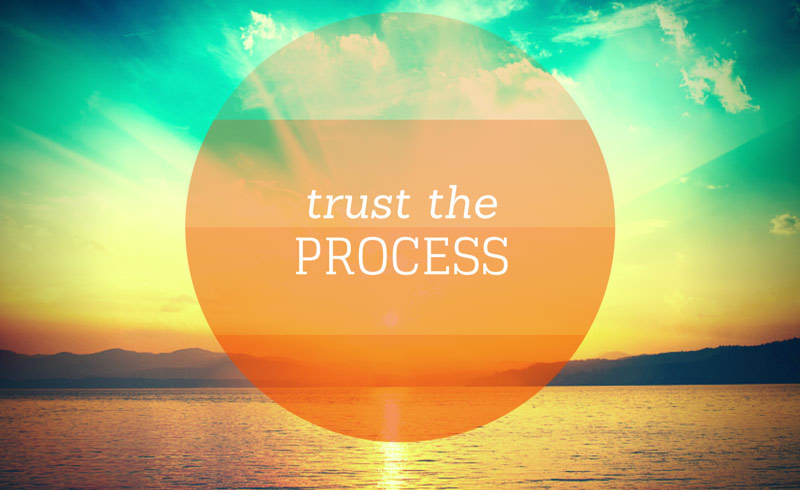 I’ve recently returned to running after abandoning it for some time, with the goal of completing a marathon at the end of the year. During tonight’s run, I got to a point along the course where I would normally fatigue and slow down before stopping.

Tonight, however, I realised that I still had plenty left in the tank and could almost effortlessly soldier on. In this moment, I recognised the improvement that had ensued as a result of all the runs completed prior to this one. In doing so, the words from an old coach popped into my head; “Show up, do the work, trust in the process.”

When I first started Crossfit some years ago, I was fortunate enough to have one of its gurus take me under his wing. I remember one particular coaching session whilst trying to get my first strict muscle-up when he exasperatedly exclaimed, “You’re too focused on the outcome!” At the time, I thought this an odd thing to say, responding silently to myself; “Well of course I’m focused on the bloody outcome.. what the hell else would I be focused on??!!” “Show up, do the work, and trust in the process”, my coach preached in that moment. And continued to repeat to me session after session, failed attempt after failed attempt, meltdown after meltdown.

As I noted my fitness to have improved during tonight’s run, I understood what he meant all those years ago. In training for a marathon, it’s little use getting so focused on the end goal of 42kms when 5kms is currently a stretch. Instead, develop a realistic plan (with the help of a coach) and then focus only on the run immediately ahead – trusting that eventually, each run will amount to a marathon.

As a psychologist, I see this same truth extend to my clients and their individual journeys – whether that be towards recovery from an eating disorder, creating healthy relationships with others, or overcoming an acute episode of poor mental health. While focused on the fact that “I STILL get anxious”, the fact that someone who was once unable to leave the house and is now engaged in full-time work gets overlooked. Or, by getting disheartened that she STILL has negative thoughts about her body, the person struggling with an eating disorder fails to recognise her richer life as a result of conquering her food-related fears.

Practicing therapy techniques for a week isn’t going to rid you of your anxiety entirely, restoring 1 kilogram of lost weight isn’t going to completely liberate you from your eating disorder, and 1 attempt at a muscle up is unlikely to get you up and over the rings. All steps, however, are in the right direction and create a foundation to be further built upon.

So, whoever you are and whatever your journey is, I encourage you too to consider this wisdom: Don’t get too focused on the outcome. Rather, “Show up, do the work, and trust in the process”.