If you'd like to book your first appointment with one of our clinicians, please book your FREE obligation-free 15 minute phone consult now.

Please note: the free 15 minute phone consultation is for new clients only.

Along with every other mental health service in Australia, our waiting lists quickly became unmanageable this year. While we are saddened by what this means for the mental health of Australians more broadly, we have been gravely concerned about the repercussions for those living with an eating disorder.

Eating disorders carry the highest mortality of all psychiatric illnesses with the timing of the initial identification and treatment found to be a significant predictor of mortality. For those individuals whom aren’t at acute medical or psychiatric risk, treatment timing remains important with research demonstrating that interventions delivered within the first three years of onset to be the most successful in reversing the illness and reducing the risk of later relapse.

Once in therapy, there are certain factors that increase the likelihood of successful treatment. Specifically, therapy that utilises an evidence-based model; that is recovery oriented, focused, structured, and time limited; that prioritises the eating disorder; and that occurs within a cohesive and collaborative team.

As with any intervention, receiving the “full dose” as it is intended increases the likelihood of a positive response to treatment. However, when access to a full course of treatment is not imminently possible, a single-session intervention which amplifies the importance of change, instils hope for recovery and provides eating disorder specific education has been shown to elicit a positive effect on reducing symptomology in and of itself. MERGE 2 PARAGRAPHS INTO ONE Conversely, commencing treatment that is poorly planned, organised or timed can have the opposite effect – prolonging the duration of illness, undermining the value of therapy, and creating maladaptive beliefs about the possibility of change.

In our commitment to reducing the prevalence and mortality rates of eating disorders and their related concerns, CFIH identified the need to improve our model of service delivery model in an effort to meet the following objectives;

After reviewing the literature, evaluating our treatment outcomes, and consulting experts in the field, we have developed a comprehensive, wrap-around service delivery model that seeks to meet these objectives. It will commence roll out as of January 1, 2021. 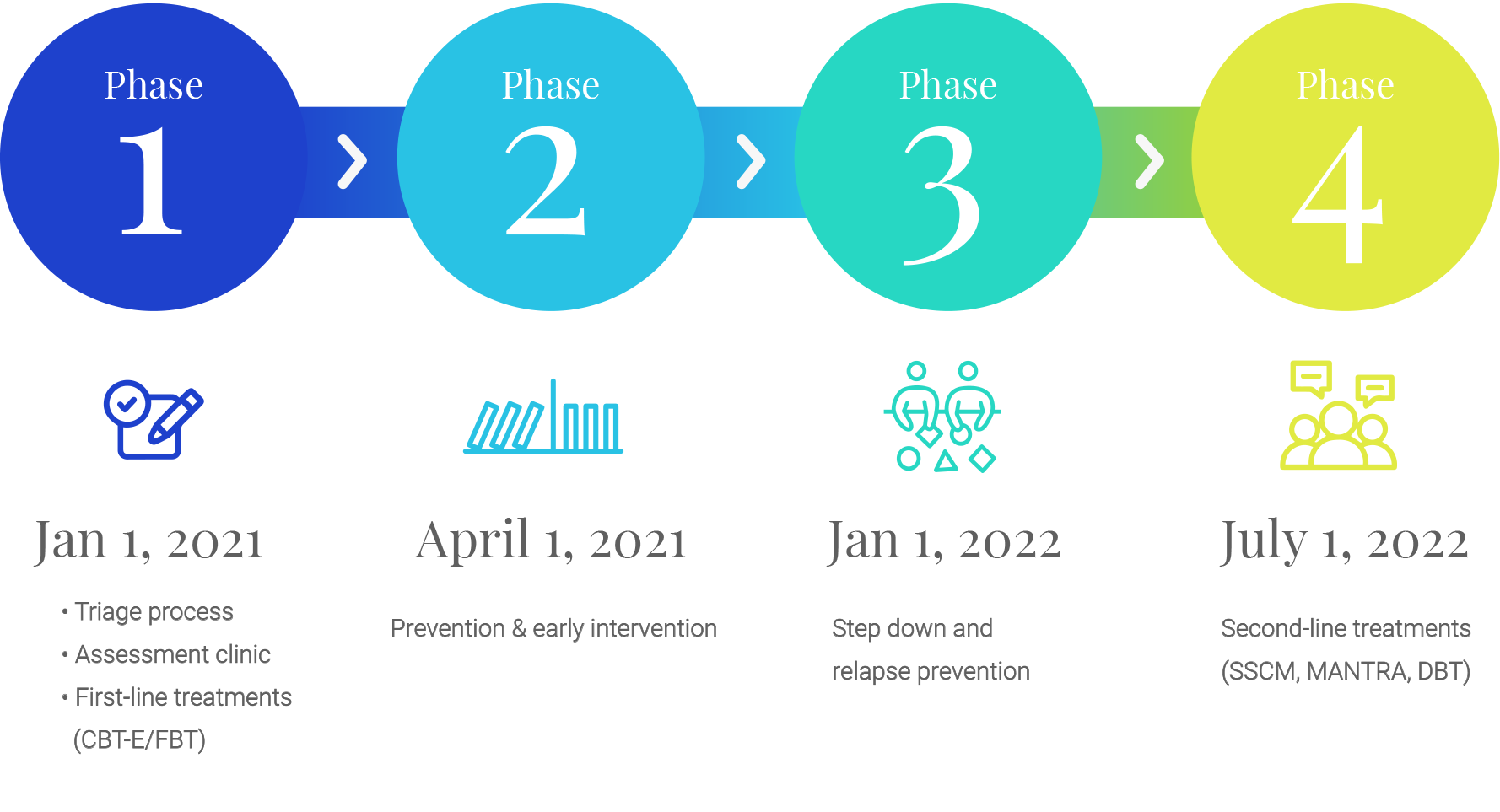